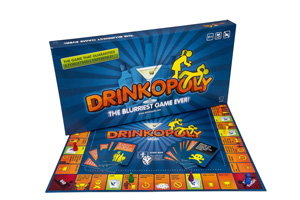 Games to play when drinking 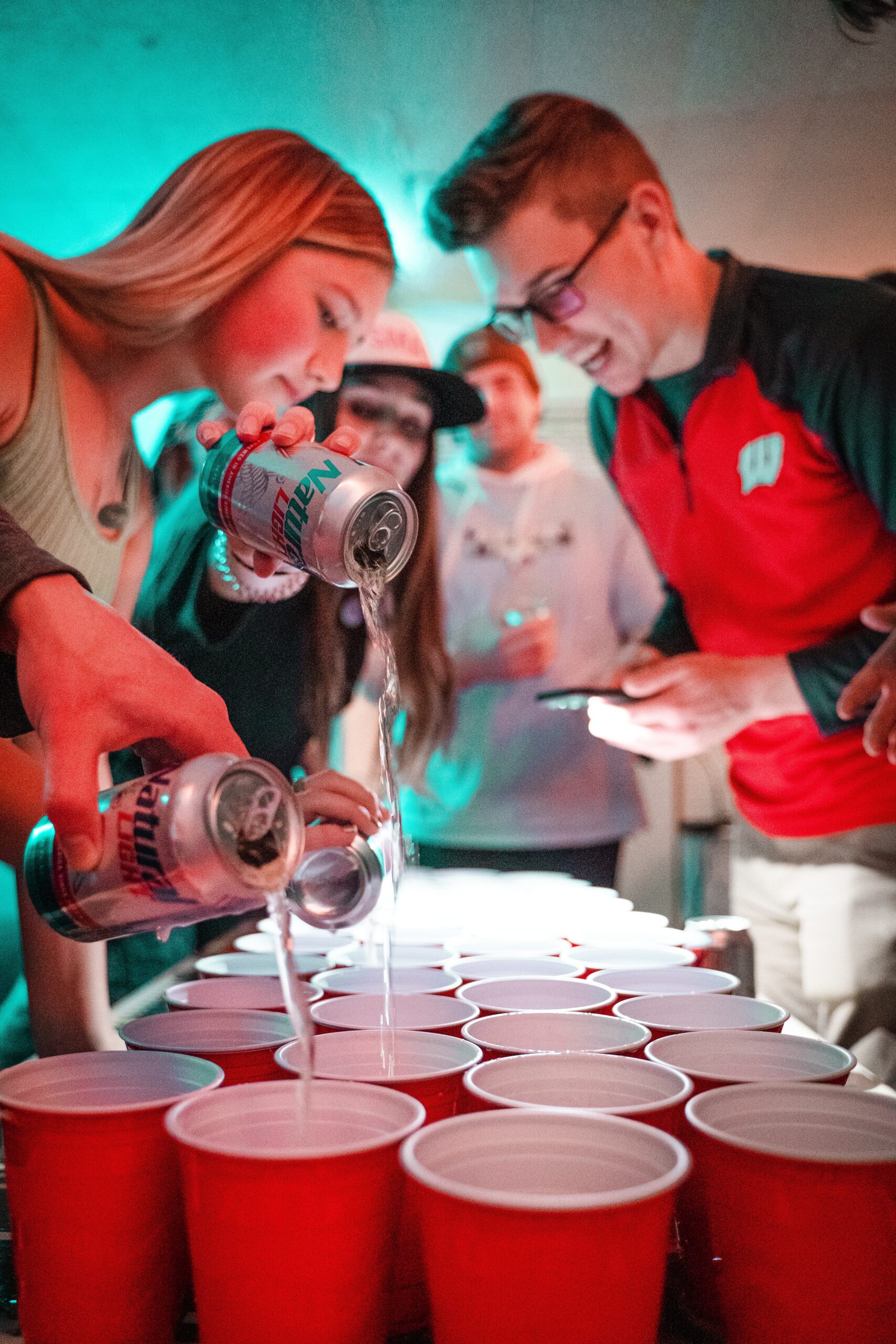 Do you seek for best games to play when drinking?

Drinking season has started (if it ever really ended ) and friend gatherings are the hot stuff now in winter. But everyone seems just a little bit too sober at the beginning and you'll slowly start being bored, right? Coming up with something that everyone in the room would enjoy is hard, especially when too much drinking is involved. Luckily, we've provided a list of best drinking games to play, no matter the size of your squad and your preferences.

There are many games that you can play right away if you own any pack of cards ... But you know the hot stuff is actually online. Pamper yourself with a new drinking game every now or then and the party will never end!

Shot roulette is easy and grasp and has no potential of confrontation, for sure. It just gets you drunk quickly! If you're looking for a drinking game that's easy and with minimum effort, try this. Get a bunch of shot glasses, fill half of them with water and half of them with vodka. Mix the positions of glasses so your friends don't see. Shot roullete looks like this: without smelling or touching, guess what's in the glass! Then they take the shot. If they guess incorectly, they have to take another shot ... Of alcohol. 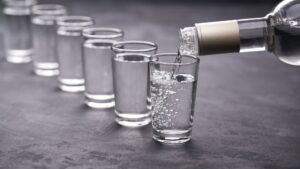 This game involves two teams. Have two plastic cups ready at the same end of the table and each of them forming an orderly line. The first two members of each team kick it off by placing their plastic cup face over the edge of the table ... and must attempt to flip it to an upright position! When you achieve this, another team player may continue. The team that finishes first, wins. Losers drink to the bottom! This one will have you laughing all night long.

Drinkopoly requires up to 6 players and shot glasses. Everything else is in the board already. Having a Drinkopoly board, you'll be the king of parties, for sure! Drinkopoly is a drinking game that will get the party started, and it will end it, too. Throw the dice and do the tasks on the board and on cards ... or drink! Drinkopoly covers most of the written drinking games in this article. Available here. 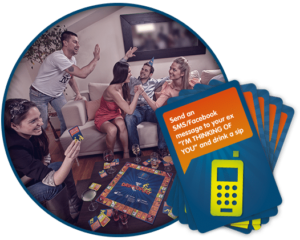 Do or drink is new to the game of »drinking starters«. Cards make you do crazy stuff ... or you drink. Simple yet efficient! If you don't want to buy it you can make your own version of tasks at home.

King's cup is something you need to start explaining BEFORE you get drunk, as it contains plenty of rules you'll need to remember. But still, once you write it down and talk about it, it should be pretty easy. Until you're unable to think, of course. As said already, King's cup involves several rules. Put a tall glass in the middle of the table and surround the glass with a circle of cards faced down. Sitted at the table, each person has to take one card at a time. Each card means a certain »task«. These are the tasks:

Beer Pong is oldie but goldie! There isn't a drinking person on this planet that hasn't tried or heard of Beer Pong! It's simple yet efficient and provides you with lots of laughter. Form two teams and lay out two sets of cups forming a pyramids on both ends of the table, gather a ping pong ball and fill the cups with beer. The team take it in turns to throw the ball into another team's cups. For every ball thrown into the glass, the opposite team drinks its content. The first team to have the glasses emptied, wins! This is one of better drinking games because you can play in singles or make a big team! However, you get drunk slowlier. Never have I ever is definitely the easiest since you need no extra accessories but drinks ... and people. But be sure the people are feisty and have zero trouble with talking about their exciting life. The Never Have I Ever let's you unveil your friend's lives in NO TIME! Taking it in turns, every person simply states something they have never done. Example: I have never been in a threesome. The ones who did it, drink (and this way you know they did it). The more obscure and crazy the statements, the better! As fun as this game might be when you're drunk, you have to be prepared to cringe at the stupid things you've confessed. And this is a perfect indicator: the craziest people will be drunk first, and nerds will be drunk last!

We've reached the end of your drinking game list and you have plenty of options to have a great night with your squad! If homemade drinking games are already boring and you need new inspiration on crazy tasks, we strongly recommend to scroll through Amazon's drinking games section. We'll always be the biggest fan of Drinkopoly drinking game, for sure!